EIR was branded a “national disgrace” by customers amid reports of no TV over Christmas, rainfall cutting out the internet and pensioners being left without functioning panic buttons.

The Department of Communications was inundated with over 50 complaints over the “joke” communications company between January 2021 and August 2022 – more than Virgin Media, Sky Ireland, and Three Ireland combined.

In January 2022, a letter was sent by Cavan County Council to Minister Eamon Ryan requesting him to “urgently review the service provided by Eir when faults occur to landline services”.

The letter was sent after a motion was passed by a councillor who “questioned if Eir is capable of managing its network and providing a service.”

The following month, Fine Gael TD and Minister of State Martin Heydon sent an email on behalf of a female constituent in Kildare who was having “ongoing issues with her telephone line”.

A customer also wrote to the Department in February to voice his frustration at being left without telephone and broadband since the start of January. 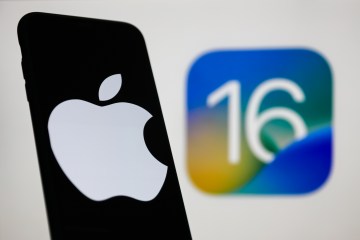 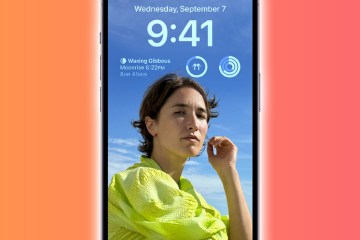 They rated: “I don’t think in this day and age that this is acceptable. I am living alone and I feel very vulnerable as I have no security cameras working since that date.

“Also I live out the country. I never seem to have great success when I lodge a complaint with this company.”

A separate complaint sent in June 2022 also detailed how an 86-year-old woman had been “cut from broadband by Eir and cannot make calls out on her telephone” for a prolonged period.

While a separate complainant fumed that their 89-year-old father is reliant on the service working as he “is very dependent on a panic button” but can’t trust the service as it is “like a third world communication” and is not good enough.”

Most read in The Irish Sun

A similar complaint was lodged regarding “a non-existing phone line” on behalf of a woman in their late 70s based in Carlow.

The customer’s cousin wrote: “She is incapacitated.. heart.. cataracts.. rheumatoid arthritis..etc, and has been without a land line…this means her Emergency Response alarm is not working. She lives alone in a very remote area.”

One rural customer accused the company of trying to get rid of “unwanted small customers” by making their service a nuisance.

A separate complaint was made by a disabled man who suffered from throat cancer who was left without service from mid-November 2020 into February 2021.

He said: “Just to reiterate my vulnerability I no longer have the gift of speech. My personal alarm which I pay for myself can’t be used because of the fault on the phone line.

“I find it deeply sad that as a disabled person I cannot access a life saving phone and internet service which I pay for and continue to be charged for.”

A customer of 20 years living in Dublin’s Foxrock blasted the firm as “a joke” and “a national disgrace” as they dealt with “an intermittent fault on our broadband for over 18 months”.

They wrote: “I have been a customer of Eir for over 20 years, we have had an intermittent fault on our broadband for over 18 months now… at this stage it is well beyond a joke.

“We have logged faults with Eir on 20-plus occasions but to no avail.

“The Air service is a national disgrace.”

Last year, Eir was named the worst company for customer experience in a report by the CX Company.

Another enraged customer also told how heavy rainfall and busy nearby holiday homes can cripple their internet accessibility in a complaint lodged in July of this year.

They explained: “During heavy rain the junction boxes get flooded and our service disappears and when the rain stops and the water dries up then the service returns to usable but nowhere near what the hotels in [redacted] get just a few hundred meters away.

“[There are] also holiday homes around us and when these also use their Internet service our service and theirs slows down greatly.”

In another complaint, an angry family also expressed their disgust at Eir for them without a TV service over the Christmas period due to a failure on behalf of a courier service to deliver new equipment on time.

Angry customers also vented their frustrations about the company’s move to hike prices on services, such as the eircom.net email service.

A spokesperson for the company said: “Eir works closely with the Department of Communications to ensure if a complaint or question is received it is actioned and resolved quickly.

“There are a small number of open queries today, and Eir is working with the Department to ensure these are resolved as soon as possible.

“Eir has vastly improved the quality of its customer care over the past 18 months, with the number of complaints to regulator ComReg falling by approximately 90 per cent over this period.

“Our older customers are a priority for Eir, which is why we have established ‘Age Friendly Care’, a dedicated phone line working with customers aged 65 and over