The Wrap News is pleased to announce that Oganes Akopyan, a veteran marketing executive with the Los Angeles Times, has been named vice president of marketing and events.

In this role, Akopyan will be in charge of all marketing strategy for the LA-based news outlet, including supporting sales targets, determining brand growth as well as leading TheWrap’s premium events portfolio — from awards season screenings to TheGrill business conference to the Power Women Summit, the largest annual event for women in entertainment and media.

“We could not be more excited to bring on board a marketing leader with such an impressive set of accomplishments. Oganes has built large scale events at the LA Times and brought delightful creativity and laser operational focus to his marketing efforts,” TheWrap CEO Sharon Waxman said in a statement. “But mostly we are delighted to bring someone with such drive and passion to join our best-in-class team of business leaders.”

“I’m excited to join TheWrap at a momentous period in the company and help spearhead the continued growth of their outstanding division events, as well as promoting their award-winning content across all platforms,” Akopyan said. “I’ve always admired TheWrap throughout my career, and it’s a perfect time to now embark on this new opportunity and journey to bring my years of media expertise to the forefront. Sharon Waxman has created an exemplary media company, I’m really looking forward to further building on that foundation by shaping exciting events that resonate across the entertainment industry and enthusiastic consumers alike.”

The hire comes as TheWrap continues its rapid growth as the leading digital-first media company covering Hollywood, and its only independently-owned trade. Through the course of the last 18 months of the pandemic, TheWrap has doubled its revenue growth and driven consistent increases in traffic, along with the continued ramp-up of its subscription product, WrapPRO. Akopyan’s arrival rounds out TheWrap’s senior leadership team. including Chief Operating Officer Dan Strauss and Chief Revenue Officer Lynne Segall. 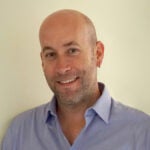 He additionally led a team of marketing managers and designers who worked across departments to plan and launch products. His team drove strategy and insights for sales teams, developed client decks, created media kits, and responded to RFPs to ultimately maximize revenue across all categories and platforms.

Prior to his time with the Los Angeles Times, Akopyan was the national marketing director for Tribune Publishing across nine US markets spearheading marketing initiatives via cross-functional teams. He previously worked at The New York Times’ advertising headquarters in LA There, he shaped client events, was an instrumental centerpiece for the sales team, and also won the prestigious Publisher’s Award. Akopyan has a bachelor’s degree in Business from California State University, Los Angeles.

Akopyan is a lifelong Angeleno native who resides in Burbank with his wife and two children. His favorite movie of all time is “Back to the Future,” the last show he binge-watched was “The Undoing,” and his favorite theater snack is popcorn.

About The Wrap News Inc.

The Wrap News Inc. is the leading digital-first news organization covering the business of entertainment and media via digital, print and live events. Launched in 2009 by award-winning journalist Sharon Waxman, TheWrap’s editorial independence, metabolism for breaking news and investigative stories make it a key destination for producers, directors, studios, network executives, agents, managers and talent. TheWrap’s subscription service, WrapPRO, offers in-depth reporting and analysis for executives and industry insiders. TheWrap’s tentpole events help to galvanize the industry and connect us to a worldwide audience of influential decision-makers and up-comers striving to join them. 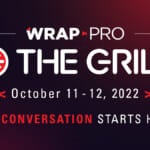