AN EMPLOYEE was left in tears after her boss from hell body-shamed her and called her “fat” after she returned from maternity leave.

The new mum has confessed how she was left mortified after her manager said her weight was “unattractive” in front of colleagues.

In a Reddit post the 32-year-old mum explained that she recently returned from maternity leave after giving birth to her son.

She said that upon meeting the new manager she thought he seemed “nice and friendly” but has a “habit of speaking his mind without hesitation”.

The mum then described how she was horrified when one day during lunch her new boss said her weight looks “unattractive” and branded her “the only fat woman in their department”.

The Redditor said: “Because it hasn’t been long since I gave birth, I’m still emotional due to hormones and can’t stop crying in front of everyone. 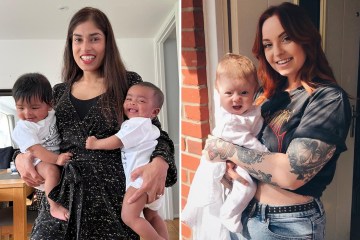 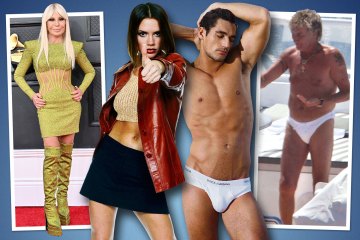 “One of my coworkers, who is much older, scolded our manager and told him that being pregnant is difficult and that he shouldn’t say things like that when he has never experienced the difficulties that I have.

“I am grateful to all of my coworkers for standing up for me, and I believe it embarrassed him.”

She continued that later her manager invited her to dinner to apologise but she declined.

But this didn’t sit well with the new boss who branded her “arrogant” for not accepting his apology.

The mum added: “Later in the meeting, he invited everyone and announced that I would not be attending because I am a woman who is too arrogant to accept his apology and that he would prefer that I stay at home.

“I go home crying and told my husband everything. I know he is more tired than me but I really appreciate how he told me that I’m a strong woman and should find a new job.”

Redditors were left furious with the manager’s behavior and urged the woman to report the incident to HR.

One said: “I’d go to HR for him being discriminatory and promoting a hostile work environment. Yes, find another position.”

Another one said: “Why aren’t you reporting this to his supervisor? Or to HR?”

Someone wrote: “On top of that, this is twice now that he has demonstrated incredibly insensitive behavior in front of other staff members.”

One added: “If I was in that room with OP I would have reported him the moment the meeting ended.”

While another one said: “Report him NOW! He can do a lot more mental and emotional damage to you in the time it takes to report him. Record the incident. Record who was there.”

Another manager was branded “boss from hell” after he left a note banning staff from being sick unless they can find cover.

And another boss shared a note telling staff not to charge their phones at work as it’s “theft of electricity”.