As some manufacturers announced plans to scale back production to save electricity, temperatures of around 40 C were predicted in areas surrounding Tokyo on the fifth day of a heatwave that has seen the Japanese capital sizzle under its worst June heat since 1875.

“The electricity demand and supply situation is expected to be the toughest in the last three days (of this week),” an industry official ministry told reporters. Power demand in Tokyo and its vicinity early on Wednesday afternoon could match peak summer levels of the last few years, the official said.

The planned electricity supply has already incorporated everything that can be done as of Wednesday as additional measures, according to national grid monitor OCCTO.

Illustrating the tightness of the squeeze on resources, an OCCTO mid-morning estimate showed the reserve ratio of power generation capacity for the Tokyo area could fall as low as 2.6% between 4.30 pm and 5 pm local time on Wednesday – below the minimum threshold of 3% deemed necessary to ensure stable supply.

Prime Minister Kishida said he would do his utmost to secure enough power supply in Japan, telling a news conference following a Group of Seven (G7) summit he would make the greatest possible use of nuclear power as long as safety is assured.

Most of Japan’s nuclear plants have been halted since the March 11, 2011 tsunami that set off the Fukushima nuclear accident. (Graphic: Japan looks to boost nuclear power generation as heatwave boosts air conditioner demand, 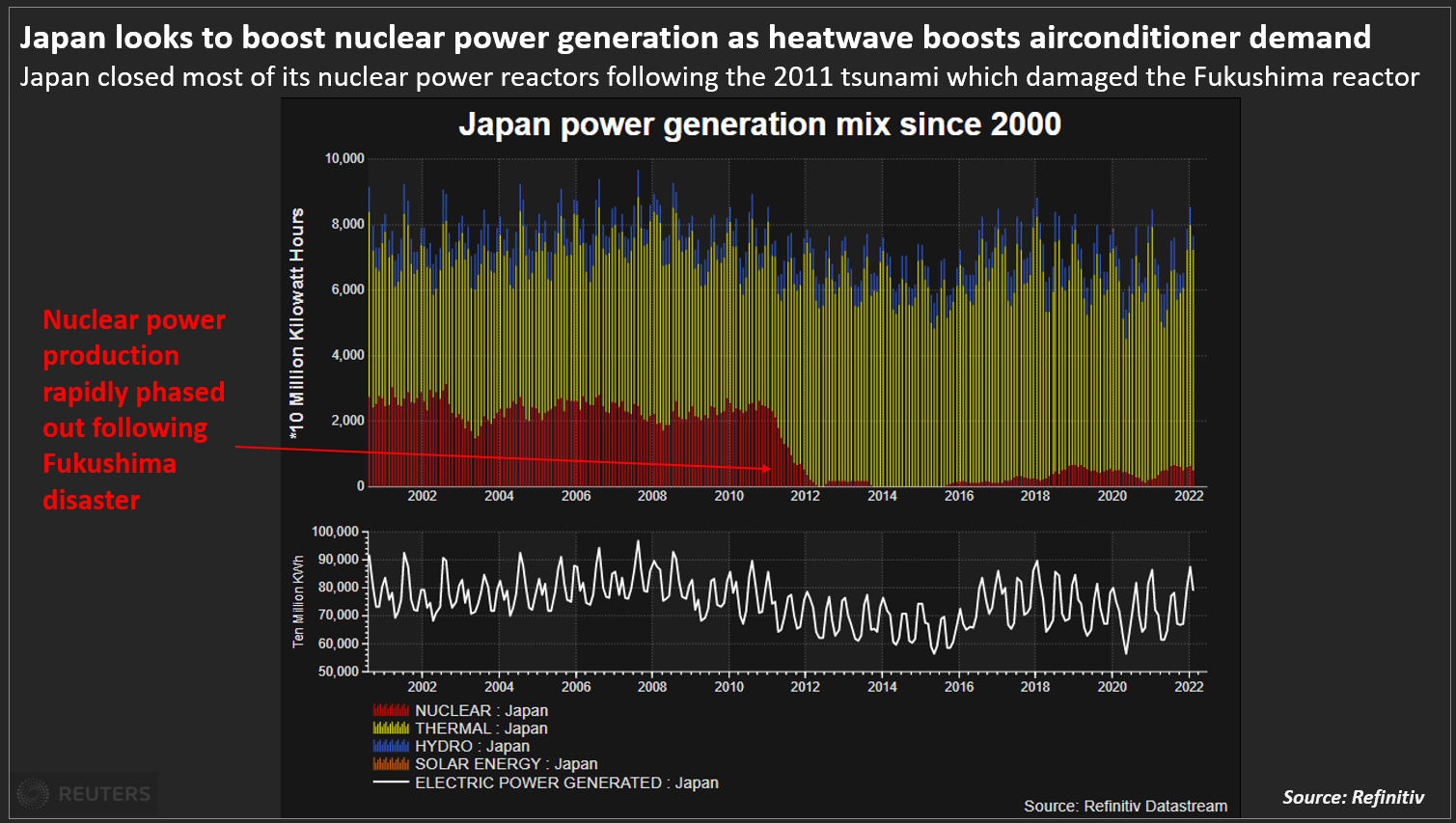 Meanwhile power companies are rushing to restart thermal power plants that have been shut down and calls are rising for additional use of alternate energy sources, including restarting reactors.

As officials again called on households to save electricity as best they can – without stinting on air conditioning where it would endanger the health of the vulnerable – some businesses also pledged to cut back on their usual operations to conserve power.

In one example, auto parts maker Yorozu Corp said it would close all its manufacturing plants for at least two days a month from July through September. (Graphic: Japan & Tokyo weekly power prices surge during heatwave, 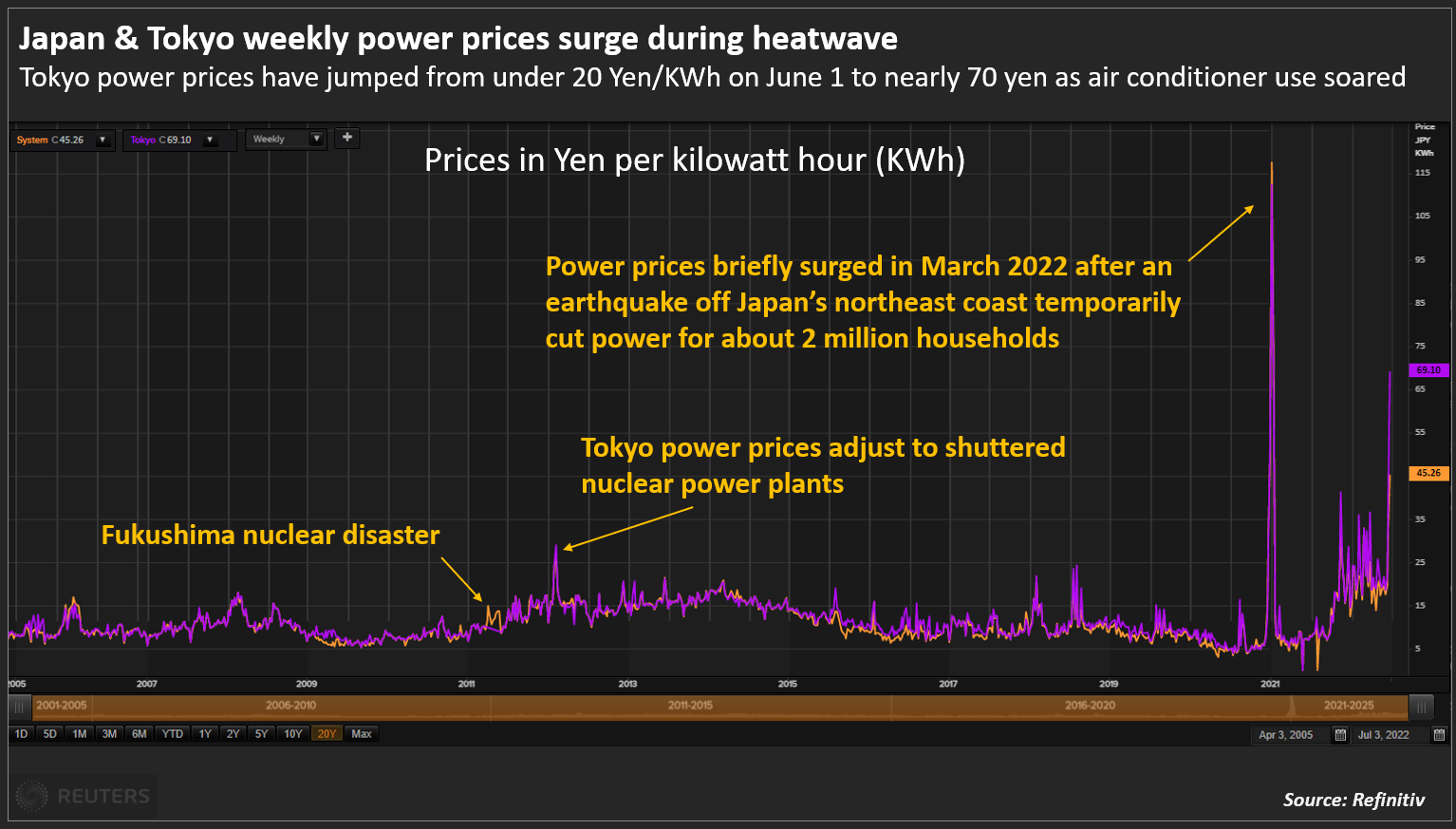 By Yuka Obayashi and Elaine Lies