You can watch more television than ever before. You can watch it on more devices, on more platforms, and in more locations than at any time since John Logie Baird demonstrated his mechanical television at Selfridges in London in 1925.

Behind the sheer volume of television shows, there is also substance. The last quarter of a century, from the release of The Sopranos in 1999, is regularly called the Golden Age of TV. Combine volume and substance, and add in a beautifully filmed advert shown in 4K on a 60-inch screen, and TV provides an open goal for advertisers, right? This should also be the golden age of TV advertising, right? Well, maybe.

There’s gold in those moving pictures, but mining for it requires marketers and advertisers to be creative, innovative, and bold. That’s what a group of industry leaders discussed in a Campaign roundtable in partnership with Finecast.

Is TV advertising brave enough?
Television is an all-encompassing medium. This means there are a lot of boxes to tick, and constant budgetary pressure from the C-suite. It’s a story as old as time in advertising, but when there’s so much money at stake, caution can set in. Our experts say it’s time to take a deep breath, and get brave.

Joan Coletta, senior director, global brand marketing at McDonald’s, says TV advertising is too risk-averse compared to TV shows. “The content bar is so much higher, but I don’t think TV advertising has stepped up to meet the challenge,” she says. “Ads are my passion, but if I’m honest I’m skipping ahead when I’m watching TV shows.”

“I think you can be braver with digital and social media, because budgets are lower there,” says Benazir Barlet-Batada, senior marketing director at Mondelēz International. “Everyone wants to make fantastic work in TV but there are so many objectives. You want to disrupt it all and be fresh-thinking, but you’re still measured by ROI, which is so short-term. It should be as much about long-term brand-building.”

Caroline Hipperson, managing director at Funkin Cocktail, believes CMOs are tasked with writing growth strategies, which leads to marketing being measured by ROI. She says the industry will only become braver if it uses better measurements for success. “If we can overcome the external stress of being praised or hung by analytics, and if we can measure across media, retention, and long-term impact and trend, bravery will come back again,” she says. 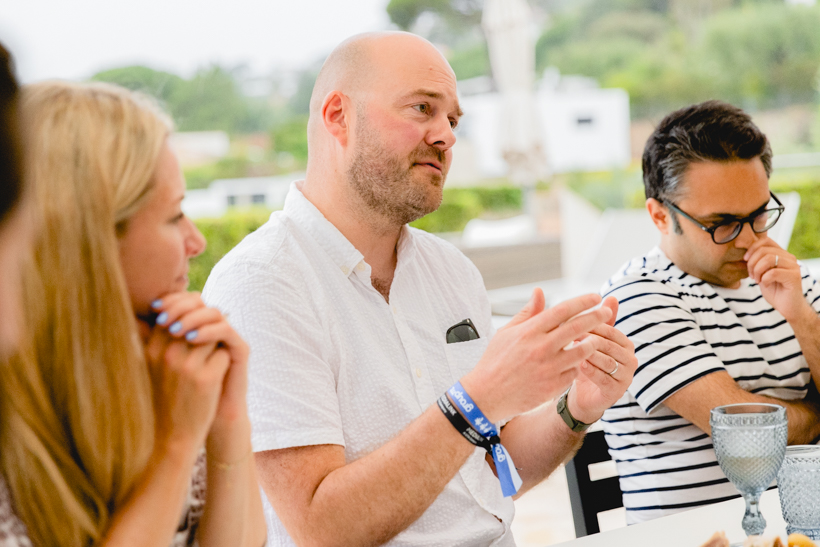 Grasping the opportunity
TV should be the template for outstanding advertising. Television screens are getting bigger and visual cinematic, and you’re working in a medium thats both audio and visual embrace. The opportunities remain endless, particularly for up-and-coming brands.

“We’re seeing challenger brands and D2C brands that now have an easy access point into the world of TV, which they previously never would have had,” says Harry Harcus, managing director at Finecast, an agency that works with advertisers to reach new audiences through addressable TV.

“It’s a bold move to get your brand on TV for the first time because you almost don’t know what’s going to happen. So you have to have the ability to change the audience, and change the creative at a moment’s notice. That agility and flexibility points to an upcoming golden age of TV advertising.”

When working with companies new to the TV space, Neil Henderson, CEO of creative agency St Luke’s, builds distinctive brand worlds. “Building that, and getting it into people’s memory banks, is really hard – but TV does it better than anyone,” he says. “If you get the story right, use emotion properly, and have a highly distinctive brand world, it turbo-charges everything.”

Of course, it’s not just smaller brands that benefit from the opportunities TV advertising provides. Traditionally, it’s been a playground for the big-hitters. “At McDonald’s we talk a lot about earning attention, not buying it,” says Coletta. “We don’t set out to create TV ads, we set out to create campaign platform ideas. We think about the different roles of the platforms, and what TV does best is connect with people emotionally. That’s its role.” 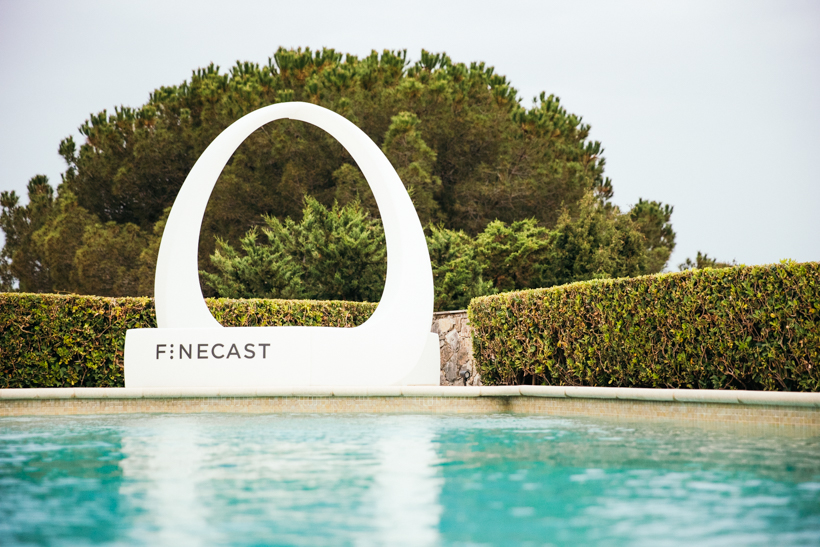 Get their attention
TV audiences are fragmented platforms and have shifted onto different: 58% of UK households have at least one paid subscription to a streaming service.

With multiple screens to engage with, understanding the role of active and passive attention is becoming important to TV advertisers.

“Our research at Finecast tells us that platforms are the biggest factor in passive and active attention, as opposed to creative,” says Harcus. “You’ve got to get the attention in the first place for the creative to have its impact.”

Embracing addressable
Having active and passive viewing allows marketers to think about personalizing advertising across different platforms. But how do you personalize your audience when it can run into the high millions? This is the question addressable TV is seeking an answer.

“The opportunity for us with addressable is to be more relevant to our consumers,” Coletta says. “It’s wasted if, for example, we’re targeting McDelivery on TV to someone who can’t order because they’re not in the right area.”

Even where the technology exists to personalize the ad experience individually, it’s best to avoid getting too, well, creepy.

“There’s a level of personalisation where we just don’t need to go there for TV,” says Nicola Lewis, CEO, Finecast. “Getting too personalised makes people wonder how they get identified. It feels Big Brother, and we don’t enter into that, even though it’s technically possible.”

Those advancements in technology, when used correctly, are why ad spend in the addressable TV space continues to grow as brands search for greater insight and relevancy. In fact, recent research from Finecast shows that viewers pay 20% more active attention per second to OTT ads than linear.

“For us, addressable is about focusing on the relevancy,” says Henderson. “We did a thing for Old Mout cider for YouTube pre-roll where we played out three different pieces of content depending on what video you chose. It wasn’t personalized, but it was relevant to the context, and that relevancy shot-up view-through rates and engagement. If you can replicate that on TV, and be tighter on the audience, and use more precise insight, it can create much richer returns.”

Pick of the bunch

Chris Dunnehead of marketing, Thinkbox
Ad: what3words
“It’s a great ad that in just 30 seconds does everything you want it to do: full story, lived-in characters, great performances. I think that making the 30 seconds work really hard is a bit of a lost art.”

Verra Budimlijachief strategy officer, Wavemaker
Ad: Samsung Galaxy S22 Ultra
“Having a spider fall in love with the three-lens camera is just delightful. Wonderfully creative, and it shows the power of what TV can do that other mediums can’t: brilliant narrative storytelling.”

Sanjiv Mistryexecutive creative director, McCann London
Ad: B&Q
“Everything turns upside down, and I love that they did it the hard way rather than with CGI. They built a special rig and set, and it was a really well crafted and insightful piece of work.”

Nicola Lewischief executive officer, Finecast
Ad: Marmite
“I’ve ended up picking my favorite ad of all time, where Marmite jars are rescued from the back of cupboards. It was phenomenal, and it was genuinely very funny and inventive and joyful.”

Lisa McDowellbrand director, Ocado
Ad: McDonald’s
“Hungry Eyes is fantastic. And I was going to say that before I realised someone from McDonald’s was around the table!”

Caroline Foster Kennyglobal chief client officer, Wunderman Thompson
Ad: HSBC
“I’m going to have to go for a Wunderman Thompson ad, for HSBC. It’s called ‘Vicious circle’, and it’s a really nice example of a brand connecting with a purpose and driving change. It also works really well as an audio-only ad.”

Lizzie NolanEVP, global strategy & intelligence, Havas Media Group
Ad: iPhone 13
“I love it because I’m a fan of a functional benefit creative brief executed brilliantly. I love thinking about the insights team working through the worst things that can happen to your iPhone, and it’s literally a toddler picking it up. It makes for brilliant content and a different way to show the quality of the product.” 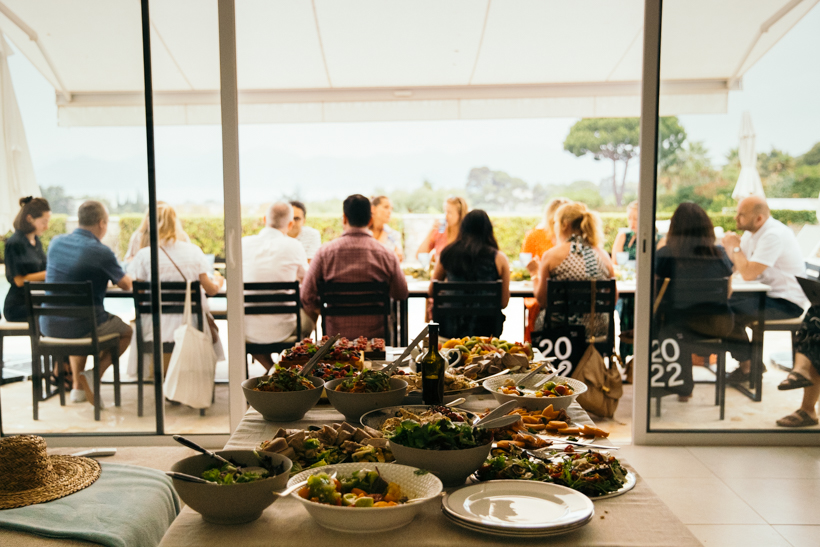