A drop box is set up at Central Baptist Church for residents to donate plastic containers for the Rhody Grows Hope program, which aims to help teach city children how to plant fresh food. There also is a drop box at the library on North Road.

In search of recyclable containers that can be used by Providence children who are growing their own food, a retired professor from Jamestown is reaching out to neighbors for help.

The first local sites for Rhody Grows Hope are the North Road library and Central Baptist Church. The project was created by the Coalition Center for Environmental Sustainability, a nonprofit corporation founded by Jamestown resident Susan Shim Gorelick. As an organization that works to build sustainable and regenerative communities, one of its goals is to teach children how to garden and grow their own food.

“The premise is using food systems as the platform to cultivate justice and equity,” she said. “Food systems intersect environmental, social and economic dimensions of sustainability in basically every facet of our life.”

Rhody Grows Hope is a “container gardening” program that promotes the use of repurposed containers as planters for people who have “limited access to land to grow their food,” Gorelick said. To meet that need, the group is looking for either 32-ounce plastic yogurt containers or 11-by-7-by-5-inch plastic spinach or lettuce containers. The coalition also provides groups with soil, seeds and tools.

Gorelick has lived in Jamestown since 1993 and is a member of the local conservation commission. She retired as an adjunct professor from Johnson & Wales University in Providence, and previously taught chemistry at the New England Institute of Technology and the Community College of Rhode Island. Among her roles in Jamestown, she founded an after-school string instrument club in the local schools during the 1990s. She also volunteered as a master gardener in the Providence school system through the University of Rhode Island.

Since retiring from Johnson & Wales, Gorelick has focused her time on the sustainability coalition. She is using the project to determine the interest of Jamestown residents and locally based organizations in sustainability projects.

“We found it’s very important to have town-wide outreach on sustainability,” she said.

Rhody Grows Hope aims to help frontline communities that are socioeconomically disadvantaged and environmentally challenged. For instance, Johnson & Wales’ Harborside Campus is located in the Washington Park neighborhood near the Port of Providence. 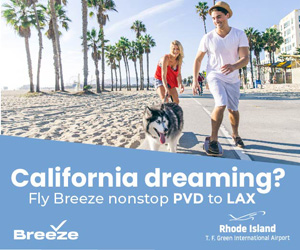 “My project is geared into outreach education for them to learn about food, because they are also designated as a food desert, which means they do not have access to fresh grown vegetables,” she said.

According to Gorelick, Washington Park is cut off from the rest of Providence by the Interstate 95 corridor. While there are some neighborhood food stores in the area, the nearest supermarkets are in Cranston or on the other side of I-95.

Gorelick said she was inspired to start her project by the Food Tank, a nonprofit organization that advocates for environmentally sustainable ways to reduce hunger and poverty. The Food Tank highlighted another project, called the Million Gardens Movement, which encourages Americans to grow their own food. That program, in turn, had been inspired by another project, called Chicago Grows Food, which distributes kits to grow food in the Illinois city.

Through her nonprofit organization,

Gorelick had been looking for a project to help local communities with their food insecurity, and the grow kits were a perfect fit. Instead of using new containers, however, she decided on repurposed recycled ones that would be donated to the project. While the yogurt containers are used for the plants themselves, the spinach containers can be used as a water basin.

When Gorelick was thinking about ways for her fellow Jamestown residents to help, she was going to contact Island Rubbish to sift through its recycling bins. Instead, by soliciting donations, however, her neighbors could get directly involved.

Gorelick asks that containers are cleaned with soap and water before they are donated to the program. She recommends that the lids also be included because those can be used to retain moisture in the soil. A hole can be cut into the top of the lid after the seeds begin to sprout.

The library last week became the first location in Jamestown for a Rhody Grows Hope drop box. Aside from the library and Central Baptist, Gorelick has also reached out to several other towns locations as potential drop-off sites.

“The library just seemed a perfect fit in order to appeal to adults who are likely already recycle and kids who may just be learning about its importance,” said Lisa Sheley, director of the library. “Recycling and repurposing plastics is the only way to move forward. It takes so little time and the benefits to the environment are innumerable.”